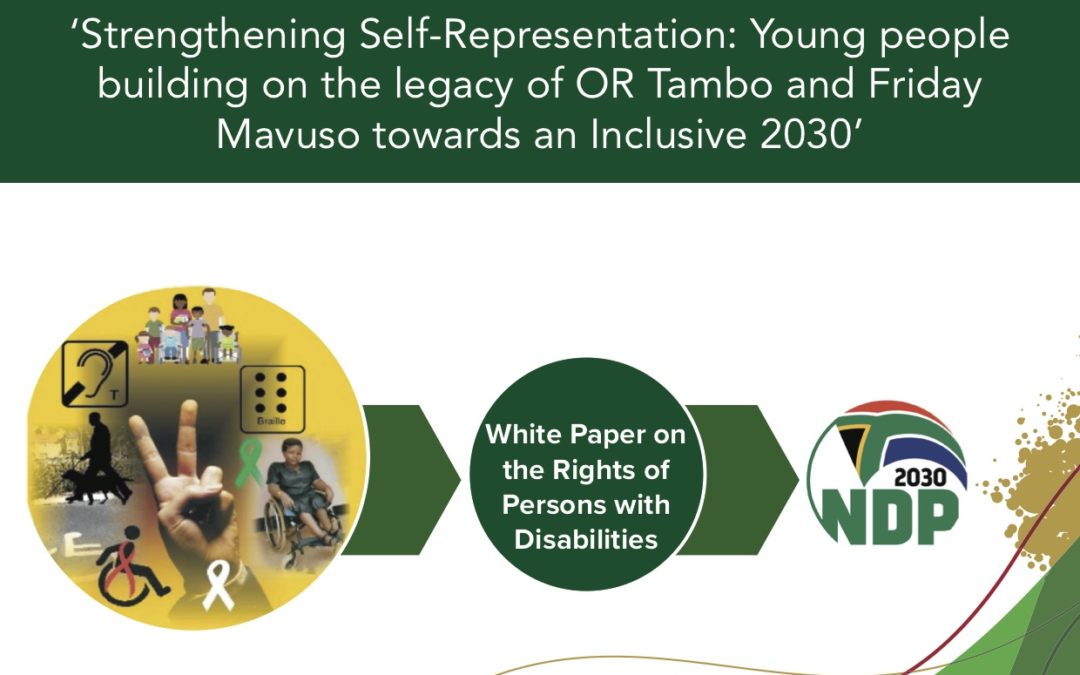 The National Disability Rights Awareness Month provides South Africa with an opportunity to showcase and celebrate progress made in realizing the political and socio-economic rights of persons with disabilities.

In a profile of persons with disabilities in South Africa, conducted by StatsSA, findings show the national disability prevalence increased slightly from 7,5% in 2011 to 7,7% in 2016,  and that d Disability is more prevalent among females (8,9%) compared to males (6,5%) and this pattern has remained similar for from 2011 to and 2016.Sabelo Mfeka, a CJN paralegal-journalist from Amoati Advice Office in KZN, hosted a show exploring the issue of disabilities. He was guided by CJN to produce the best show possible.Mfeka’s goal with the show was, “to take a look at the challenges of having a disability while at work and school.”

During the show, Mfeka looked at solutions that could be put in place. He asked what assistance our government gives to teachers who need to teach children with disabilities and what do they offer in the way of facilities. The statistics above are only the beginning of what is to come.  Findings also suggest that across population groups there is an increase of persons with a disability attending at an educational institution from 1996 to 2016. In essence, it is a small percentage that is recorded as being empowered, and so the question remains what are the rest doing? And how can we come up with ideas to employ or empower more disabled people?  to even out the number of abled people? Driven by the need to raise awareness and include all people in KZN and to demonstrate their full potential. Mfeka’s dream is to see at least 1% of people in the workplace to be represented by disabled people.