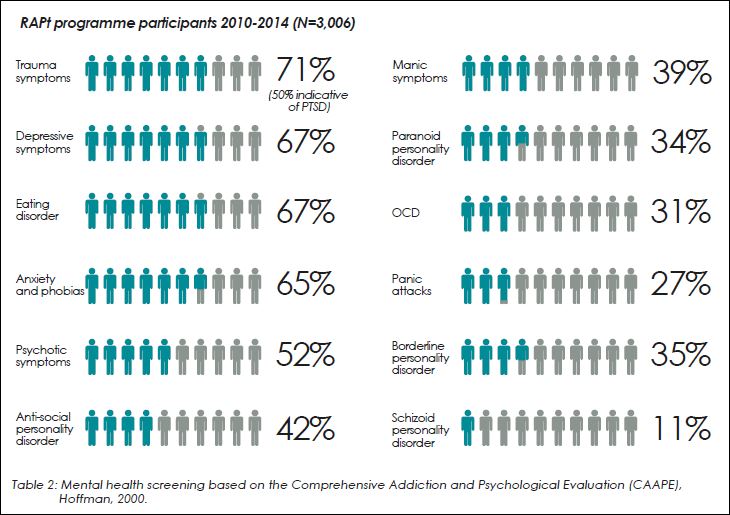 Everyone you meet is fighting a battle. That is why we need to find safe spaces to talk about mental health and how to see signs of mental health. According to an article by Africa Check, the only representative study conducted so far in South Africa finds 30.3% of adults will suffer from some form of mental disorder in a lifetime. In the twelve months covered by the study around one in six adults – or 16.5% – suffered from common mental disorders. A quarter of these cases were classified as serious, which represents about four percent of South Africans.

The distinction between “mental illnesses” and “mental disorders” is contested, the president of the South African Society of Psychiatrists (SASOP), reports Africa Check. The Africa Check article further states that Dr. Gerhard Grobler explained that conditions with a definite biological basis, such as schizophrenia, are usually viewed as mental illnesses, but that professionals mostly refer to a much broader category of  “mental disorders”, which can include conditions like alcohol and drug dependence. We have opted to use mental disorders in the rest of the report. In commemoration of Mental health Month especially in the prison system, Recently CJN met Linda Jotela-Mtika a prison show host to pitch the topic   in prison, the meeting was also attended by Sumeya Gasa who works for Wits Justice project, she is a journalist whom CJN is collaborating with as she is also working on a Mental Health story in the prison.

The idea was to bring light to a matter that is not spoken about in prison and in our community. Because the system is overburdened and in crisis, it is easier the  state-appointed psychologist to fall work to be subjected to a case of numbers rather than the quality, as there are approximately 4000 inmates allocated to one psychologist or counselor explained Jotela-Mtika,  According to GroundUp, Over 90 people with mental illness are being held in various prisons in the Eastern Cape instead of being looked after in hospitals. They state patients – people declared unfit to stand trial or found not criminally responsible because of their illness or “mental defect” (the state’s term).