What can you expect from your local government (and when to know if they are lying)? 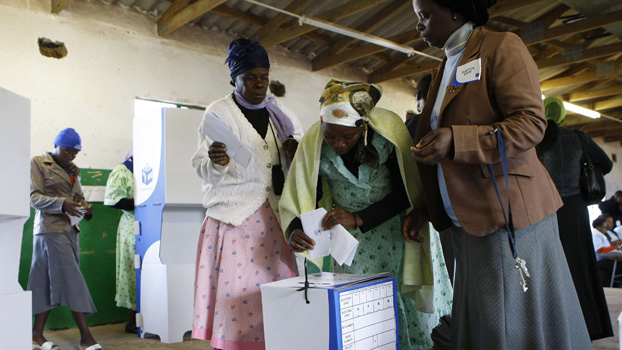 Umzimvubu and KSD are the main municipalities in the area near Jersey Farm (our paralegal office in The Eastern Cape) and they have both been under strain in recent years. In 2011 the Umzimvubu municipality was left financially broke by the mayor’s misdeeds. Among other scandals he tried to sell land to a developer which wasn’t his (it belonged to the local chief). Two years ago, Umzimvubu was shaken by service delivery protests – people burnt tyres in the road and called for the dismissal of various ward councilors and the mayor. The municipality was going through a rotating list of ward councilors and the public was growing more furious with each new appointment.

The municipality has been strongly affected by ward and municipal demarcation – this is when the boundaries of where a ward begins and ends are changed drastically. By changing the boundaries you also change the people who can vote for a particular councilor and this can influence which party controls a certain area.

What became clear – from the research done by the Jersey Farm advice office – was that there was a lack of understanding and communication around what a ward councilor was capable of delivering. This was also exasperated by the councilors promising beyond their means in order to get elected (and the electorate not knowing when and how they were being lied to).

An example of this: certain ward councilors have been known to promise an end to adult/child relationships. An adult man having a relationship with a child (with ages of 40 and 14 respectively) is a common situation forced on families who are suffering financially. These types of systemic social ills are beyond the capacity of one ward councilor to solve. However, if the promise is made then the public will expect results.

Because most listeners don’t know what ward councilors can and can’t do CJN set about designing a show that explained the actions of government. We plan to role this topic out across the country, but started with our office in Jersey Farm in The Eastern Cape and focused specifically on the role of the ward councilor (during the week of the 17th to the 23rd of July).

The presenter pointed people to www.local government action.org for more information and encouraged them to visit the local advice office if they had any further questions.

Listen to more of our audio on

Listen to our advice office in Jersey Farm discuss important issues every Friday at 10am on Unitra Community Radio (UCR FM).
Leave a message for UCR FM on Facebook here.
Share this...