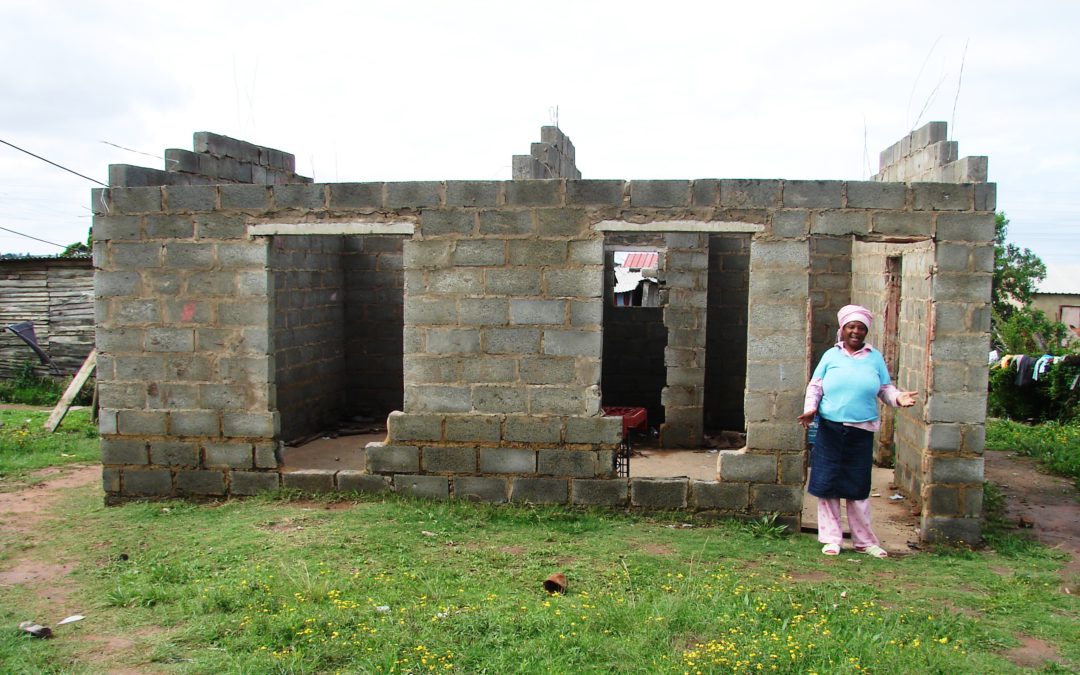 In 2012, before stories of Nkandla and State Capture, President Jacob Zuma handed over the keys personally to local residents for 500 newly built RDP houses. The settlement was built on the outskirts of the town of Bethlehem in The Free State. Five years later there has never been any water piped or electricity wired to these houses. They are now a shambles: unmaintained and a mockery to the people who own them.

85 people have left the township and moved into these houses. People moved into them despite there being no water and electricity because they feared if they didn’t then they would lose their property altogether, but this life if far worse than the one they had before.

CJN paralegal-journalist Nomaswazi Tshabalala spoke courageously on Setsotho FM about this problem. Tshabalala’s office is in Ficksburg which is the town on the border with Lesotho (near to Bethlehem). It is an area where people feel like there are sparse resources to go around. She invited listeners to come forward with their stories about their unfinished RDP houses. She encouraged the listeners to be open about the problem so that justice could take place. She said that there is a trend for people to be quiet because they are told by government officials that if they are outspoken then they will lose their house. She assured the listeners that this is not true. “You need to get the first person to come forward without fear. They fear that if they get on the wrong side of a ward councillor then they will have so much taken away,” she said.

Listen to more of our audio on

Elsewhere on the web