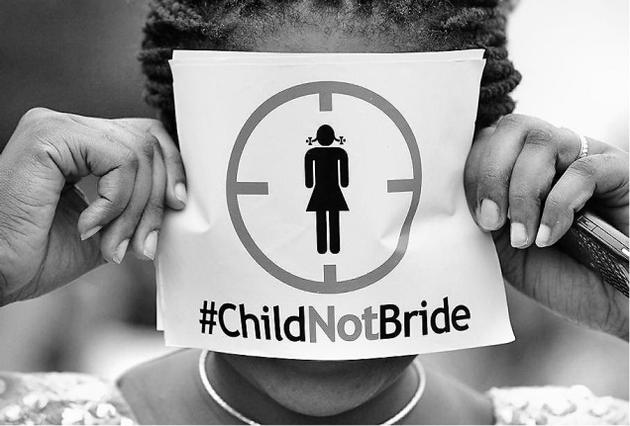 The studio talk took place on the Business Class show and the presenter Lihle Mthethwa interviewed our paralegal-journalist about child abductions under the traditional practice called ‘ukuthwala’, which leads girls into forced marriages.

Mr. Mfeka’s aim has been to emphasise the criminal element of this although in South Africa, ukuthwala has been often with the consent of the girl’s parents and sometimes the parents of the girl or a young woman just buy into it since they are looking at their our benefits rather than the wellbeing of the child.

This week the Sowetan newspaper published an article about ukuthwala. Nosipho* aged 15 was kidnapped by a 44 year-old man and forced into marriage. This happened in Kwa-Zulu Natal midlands village. She said she was hurt when her parents forced her and told her to go marry the man because they were failing to take care of her. “My parents sold me to this old man just to get money. They orchestrated the plan in order to cash in” Nosipho* said resentfully.  “I curse the day I was born, three men including my husband came to my home and told my parents that they were there to fetch me. I cried and screamed but that did not help me. That night I lost my dignity, virginity and respect for any man because of what my so-called husband put me through. I had never had sex before but he forced himself on me and when I refused, he beat me up”. The girl said.

Nosipho* has been doing Grade-8 and had to leave the school to become a wife at the age of 15. Although she was still hurt, she continued to stay with her husband since she had nowhere else to go. She is one of six girls who were kidnapped and forced into marriage this year. Residents who are against ‘ukuthwala’ said the six cases involved girls aged 14 – 17. Concerned resident Jabulani Kheswa said the latest incident was about a Grade-9 learner aged 14 who was kidnapped on her way from school and kept in a certain rich family’s homestead for days.

Another story is of a 16-year old Sizakele* who was forced to marry a 39-year old man. Her parents accepted five cows as ilobolo. Sizakele said when her siblings started crying their father said “this is how things are done”. Sizakele said, “my mother didn’t want me to go but she had no choice. I cried for three days, refusing to eat or sleep. My mother-in-law would come into our house and beg me to accept the situation, saying her son has chosen me. After a while I realised there was no going back. I had to sleep with a man I did not love. When I could not conceive, my mother-in-law and her son called me names. When I finally did, I gave birth to a stillborn baby. The second time I had a miscarriage”.

NB: Asterisk * is used as Nosipho and Sizakele are not their real names.

According to the Land & Accountability Research Centre, Since 2008, a series of cases in which young girls have been abducted and forcibly married into much older men in the Eastern Cape and KwaZulu Natal has captured national attention. Journalists and community members have grouped these abductions together under the heading of ukuthwala cases. Men who have committed these abductions defend them as customary, and some traditional leaders agree. However, representatives from the Congress of Traditional Leaders of South Africa (Contralesa) and from women’s human rights groups have asserted that such forced marriages go against custom.