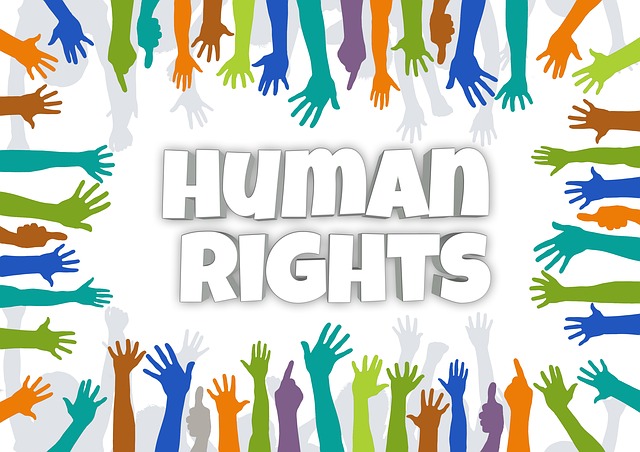 What are human rights?
Human rights are rights inherent to all human beings, whatever our nationality, place of residence, sex, national or ethnic origin, colour, religion, language, or any other status. We are all equally entitled to our human rights without discrimination. These rights are all interrelated, interdependent and united.
Universal human rights are often expressed and guaranteed by law, in the forms of treaties, customary international law, general principles and other sources of international law. International human rights law lays down obligations of Governments to act in certain ways or to refrain from certain acts, in order to promote and protect human rights and fundamental freedoms of individuals or groups.
What are some fundamental human rights?
• Some fundamental human rights include the right to be free from slavery.
• The right to recognition as a person before the law.
• Additionally, the right to a nationality and the freedom to marry.
• The right to freedom of thought, conscience and religion, which includes the ability to change religion freely and to organize with others.
• Related to this right are the rights to assemble freely and the freedom of expression.
• Standards of living, such as the right to work in just and favourable conditions and the right to own property.
• The right to rest and leisure is a fundamental right as is the right to healthy and secure living conditions.
• Rights to education and participation in cultural and scientific advances of society.
• The right to be presumed innocent until proven guilty under the law is identified as a human right.
• Additionally, the declaration asserts every human’s freedom to seek asylum, to move freely within a state and to live with a reasonable expectation of privacy.

Human Rights Watch revealed that South Africa continued to face a number of human rights challenges, as the government struggled to stop attacks on businesses and homes of refugees, asylum-seekers, and migrants, denying they were motivated by xenophobia or other forms of intolerance.

Violence against women, including rape and domestic violence, remained very high. Although annual crime statistics released by the South African Police Services showed that sexual offences decreased slightly by 3 %, many gender activists and human rights groups expressed concerns about the continued under-reporting of rape and the failure of the government to introduce a national strategy to combat violence against women.

Police Conduct
Serious concerns remained about the conduct and capacity of the South African Police Services (SAPS). A number of incidents highlighted police brutality and the use of excessive and disproportionate force.

Contrary to the government’s international and domestic obligations, many children are turned away from mainstream schools and referred to special schools by school officials or medical staff simply because they have a disability. The referrals system needlessly forces children to wait for up to four years at care centres or at home for placement in a special school. Many children with disabilities have to pay school fees to access special schools.

South Africa became the first country to endorse the Safe Schools Declaration at a global conference in Norway in May 2015. By joining the declaration, it agreed to protect students and education in times of conflict, and to avoid using educational building for military purposes.

Foreign Policy
South Africa’s inconsistent foreign policy once again came to the fore in 2015. While South Africa regularly supports conflict mediation efforts on the continent, it has proven reluctant to protect the rights of victims at the UN Human Rights Council, and at times taken decisions contrary to its stated human rights principles.