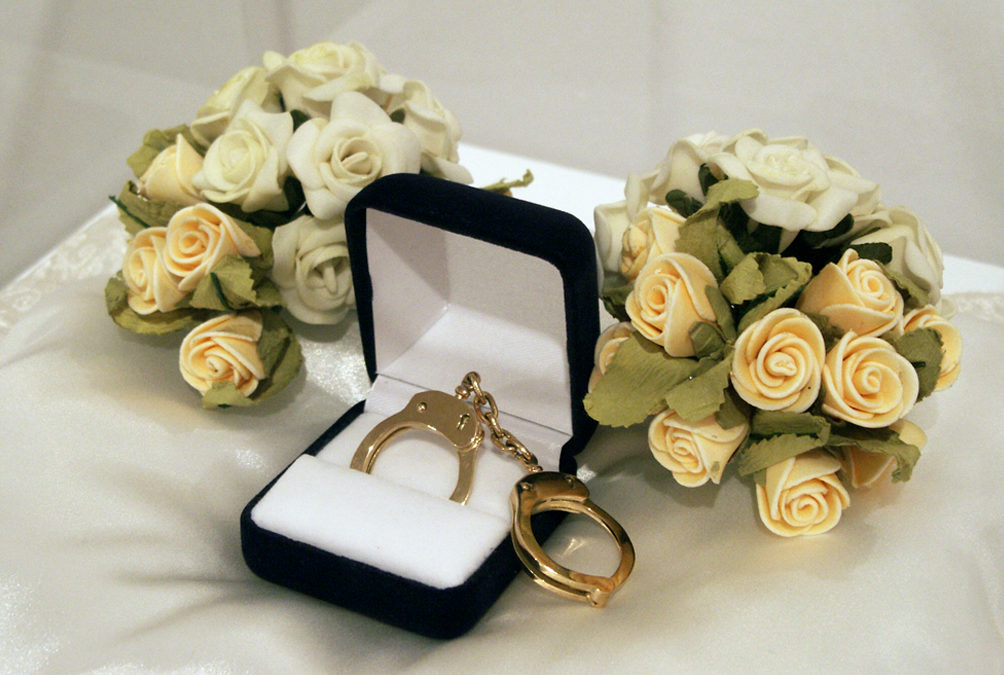 Portia, the presenter of Areaganeng show explored on the Types of Marriage Contracts as she interviewed Jacob and Phale. CJN’s Programmes Assistant Simba, being part of the studio guests, he also gave his input.

1) Marriage under In Community of Property
This is undoubtedly the cheapest and most popular form of all the matrimonial regimes, although deeply flawed. No ante-nuptial contract is required, so if you marry without an ante-nuptial contract, you will by default be married in community of property. In this form of marriage, the spouses’ estates (what they own/assets and any debt/liabilities) are joined together and each has the right of disposal over the assets; they are equal concurrent managers of the joint estate. Each has an undivided or indivisible half share of the joint or communal estate.

Advantages
• You don’t have to enter into a special contract before being able to get married.
• When you are the financially weaker spouse, you get to share in the assets of your spouse.

Disadvantages
• When you are the economically stronger spouse, you have to share your assets with your spouse.
• You are jointly liable for each other’s debts. This is particularly problematic on insolvency.
• The joint administration of the estate is rather complicated.
• When a marriage starts to fail, it can become difficult to obtain joint consent.

Liabilities
All liabilities incurred by both spouses prior to and during the marriage are considered liabilities of the communal estate. So, if one spouse comes into the marriage with a lot of debt, his/her debt will then form part of the communal estate. Such debt may include contractual debt, maintenance payable to an ex-spouse from a previous marriage and even maintenance payable to extramarital children. Each spouse has the capacity to bind the joint estate through their actions. For example, if a spouse has his/her own business and applies for an overdraft, and the business fails to pay the overdraft, a claim can be made against the joint estate. However, there are circumstances where a spouse must first obtain the consent of the other spouse before he/she can bind the communal estate. Where a spouse binds his/her separate estate, such as a car or business in his/her name, through a debt, the creditor can lay claim against the private estate of that spouse. If that spouse’s private estate has insufficient assets to satisfy the creditor’s claim, only then can the creditor lay claim against the communal estate.

Insolvency
One of the most devastating consequences of a marriage in community of property is that when one spouse becomes insolvent (cannot pay his/her debts), both spouses will be declared insolvent, because there is one communal estate. If there is a court order against either one of the spouses, the communal estate can be lost.

Marriage Out of Community of Property (with accrual)
This means during the marriage, each spouse controls their own assets, and is responsible for their own debts. On the dissolution of the estate, by death or divorce, the value of each spouse’s assets obtained during the marriage is calculated, and the spouse whose estate has grown less than the other’s estate during marriage will get half the difference between the growths in their respective estates. There are advantages and disadvantages of marriage ‘out of community of property with accrual.’

Advantages of marriage with accrual:
Creditors of one spouse cannot attach the other spouse’s separate estate.
Spouses are liable for their own debts. Each spouse is free to do as they want with their assets and they do not have to account to the other spouse before entering into transactions.

Disadvantages of marriage with accrual:
There is equal sharing of the growth of the spouses’ estates during the marriage, but no sharing what the other spouse brought into the marriage; that is what he or she owned at the time of the marriage. One spouse can leave the marriage with a large amount of money and a large estate while the other leaves with a smaller amount and smaller estate.

Advantages of marriage Out of Community of Property (without accrual)
Spouses do not share their assets and on the dissolution of the estate, they get the whole estate. They are each responsible for their own debts and each partner’s creditors cannot attach the other spouse’s estate.

Disadvantages:
If one spouse is unemployed and is financially dependent on their spouse, upon dissolution of the marriage, they will not be entitled to any property from his or her share, and may get only spousal maintenance.

Types of marriages
Bigamy
This is defined as the condition of having two wives or two husbands at the same time. A marriage in which one of the parties is already legally married is bigamous, void, and ground for annulment. The one who knowingly enters into a bigamous marriage is guilty of the crime of bigamy, but it is seldom prosecuted unless it is part of a fraudulent scheme to get another’s property or some other felony. Occasionally people commit bigamy accidentally, usually in the belief that a prior marriage had been dissolved.

Civil union marriage
Civil marriage is where the state grants you legal recognition through documentation (marriage certificate) of your partnership (marriage) to your life partner irrespective of religious or cultural affiliation, in accordance with marriage laws of the state. A marriage is usually formalized at a wedding or marriage ceremony. The ceremony may be officiated either by a religious official, by a government official or by a state approved official. The marriage officer will register all marriages, through official documentation (wedding register), conducted by him or her at Home Affairs. Civil union marriage as a state institution is governed by the states laws and regulations.

Religious Marriages
A religious marriage is viewed more as a spiritual bond and holy vow as commanded by God in which a man and a woman come together to create a unified relationship according to their Gods laws and commandments. Most religions of the world believe that a couple is not only joined physically in marriage but that they are also joined spiritually in marriage especially during intercourse. In a religious marriage the couple will be obliged to practice the religious rites and laws of marriage as set out by their religious institution or religious state. Religious marriages can easily become a serious point of contention.

Common law marriage
Common law marriage is an informal marriage or marriage by habit and repute, is said to have occurred when two people have been living together in a domestic partnership for a certain length of time but where never joined in a marriage during a specific marriage ritual or their marriage was never registered in a civil registry. The claim is then that when you are in a common law marriage you can then enjoy the same rights as a married couple or even claim financially from your partner in case of a separation or death. Common law marriage is recognised in some states but it is not recognised under South African law.

Polyandry
The marriage of one wife to several husbands. Fraternal polyandry is a variant in which the husbands are brothers.

Polygamy
The marriage of one husband to several wives. It is legal in many parts of Africa. In such societies, having multiple wives is generally considered a sign of wealth and power. The status of multiple wives has varied from one society to another. Some societies permit polygamy, in which a man could have multiple wives; even in such societies however, most men have only one.