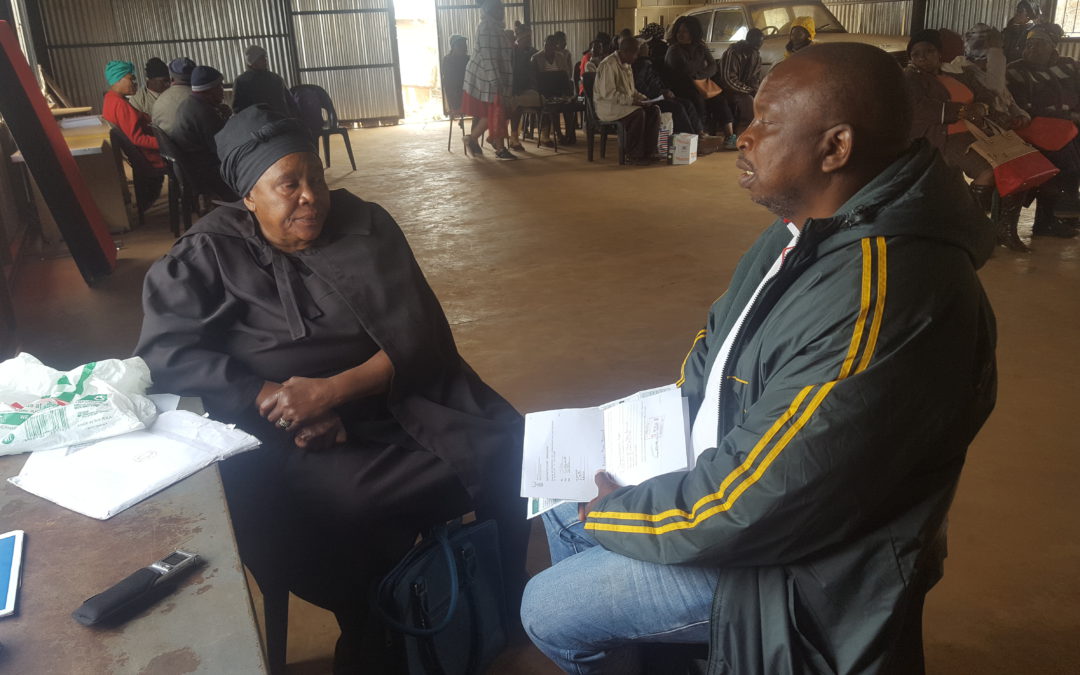 The residents experienced problems of paying too much money for graves. This made the life of the poorest to be more difficult when it comes to burying their loved ones.

The company called Olifants Vlei based at the Vaal Triangle bought the land from the municipality and turned it into a cemetery. Private graves are the only option left for people with very little money and they are now being charged between R6 000 – R8 000 for each grave. The normal price is between R400 and R600. Also the cost varies depending on the deceased’s height and weight. Emfuleni local municipality under Sedibeng district municipality that Bricks approached about the matter refused to respond to any queries.

#Gravefeesmustfall idea started when the burial societies came together and approached Bricks to seek advice on how to approach the municipality, but this attempt brought about no results.

Bricks and the advice office then saw a need to create awareness about the grave fees burden. They approached churches and the civil society. People positively agreed to take part and support the campaign. Out of frustration, the community decided to take their spades to dig some holes like graves next to the Sharpeville Police Station and the police did nothing. Thetha FM has been running the story.

The official launch of #Gravefeesmustfall scheduled for Saturday, the 3rd of September 2016 for the Orange Farm community and surrounding areas.