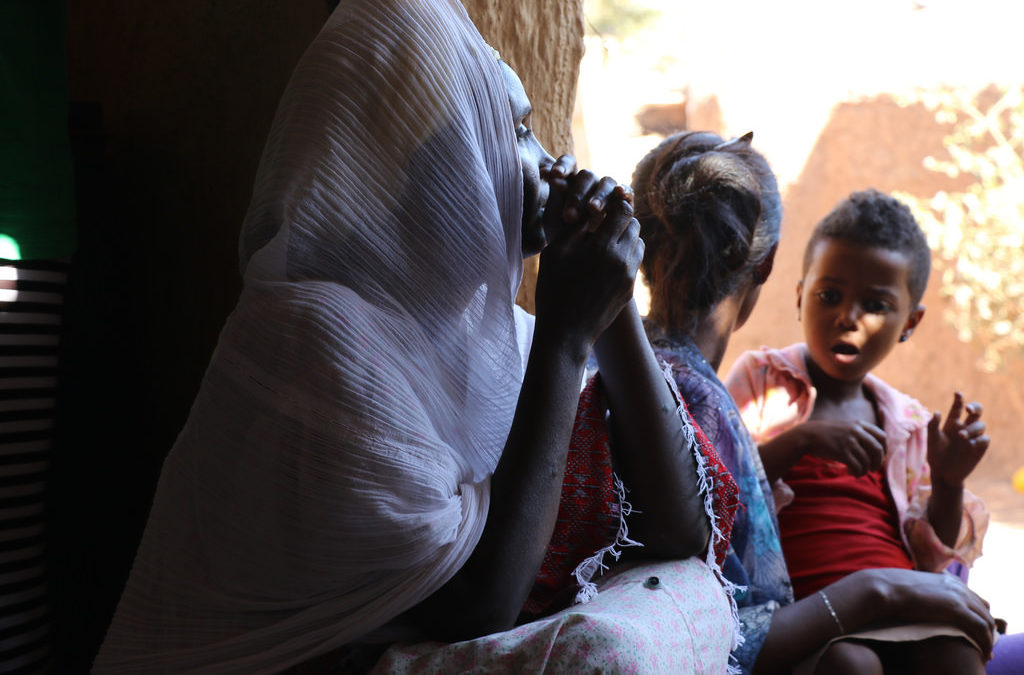 AK Abdul Mohammed arrived in South Africa in 2006, he was fleeing war in Somalia and seeking asylum in South Africa. “I was given a letter at the Musina border which stated that I need to have applied for asylum seeker in 15 days. At the time I didn’t know the difference between an asylum seeker and attaining refugee status,” he says. Mohammed now holds a refugee ID, is a member of the Somalia Refugee Forum association  and is employed by the Department of Justice as a court interpreter in Limpopo.

Mohammed was invited on Musina FM together with Mr Thabe Mogoboya from Lawyers for Human Rights (LHR) and Ms Baloyi from Mesina Legal Advice. They were in studio discussing the plight of asylum seekers and refugees in South Africa and how the government assists in issuing out permits and protecting individuals who apply for refugee status.

An asylum seeker is a person who has fled their country of origin and is looking for recognition and protection as a refugee in South Africa.  As an asylum seeker, your application is still under consideration.

A refugee is a person who has been granted asylum status and protection in terms of the Refugee Act of 1998. The refugee permit  is valid for two years. You can apply for a permanent residence permit if you have lived in South Africa for more than five years on a refugee status permit.

According to the UN refugee agency, there are approximately 65,000 recognized refugees in South Africa.  At at the end  2013, there were 230,000 asylum-seekers awaiting decisions.

Baloyi says, ” most people have fled their countries because of conflict. These conflicts range from the political, religious or being victims of sexual violence.”

The South African government has a responsibility to grant protection to refugees. They became a signatory to the UN and Organisation of African Unity conventions on refugees after its transition to democracy. South Africa supports international efforts to protect and assist refugees and asylum seekers, by providing them with access to health, educational and social services. “The government does assist in employment and there is also a grant that is administered by the UN that is given to refugees and where a refugee has children; they also get the SASSA grant,” says Mohammed.

Mogomoya from LHR urges refugees to be compliant and law abiding citizens to make the process easier for the SA government. “The process is regulated by the refugees act. There are requirements that a person needs to meet prior to being granted the permit such as a fear of being persecuted in their native country,” he says.
Mohammed raises concerns that the application system is flawed and has turned into a money making scheme. “As a refugee you come across a lot of challenges in terms of finding transportation and accommodation to places where help is offered. In Musina and Pretoria, there are cases of fake documents being released. Acquiring this help is more of a profit scheming practice because if you don’t have money, you don’t get the documents,” says Mohammed.

He says, “Generally, a refugee meets with an interpreter. The interpreter is the one that normally tells a refugee that without some sort of payment documents will not be released. The officials are often unaware that the asylum seeker is being asked for money”. This a big problem because The Department of Home Affairs makes it clear on their website that: “There is no fee payable for eligibility and status determination interviews as well as issuance or renewal of refugee ID. Service to asylum seekers and refugees is free of charge”.

According to Mohammed another challenge lies in the interpretation process. “Sometimes the interpreter and the asylum seeker are from one country but don’t necessarily speak the same language, some of the things the asylum seeker says are lost in translation and may cause the permit to be rejected,” he says.

The Dpt of Home Affairs has put together a brief procedural guide that can help you: http://www.dha.gov.za/index.php/immigration-services/refugee-status-asylum