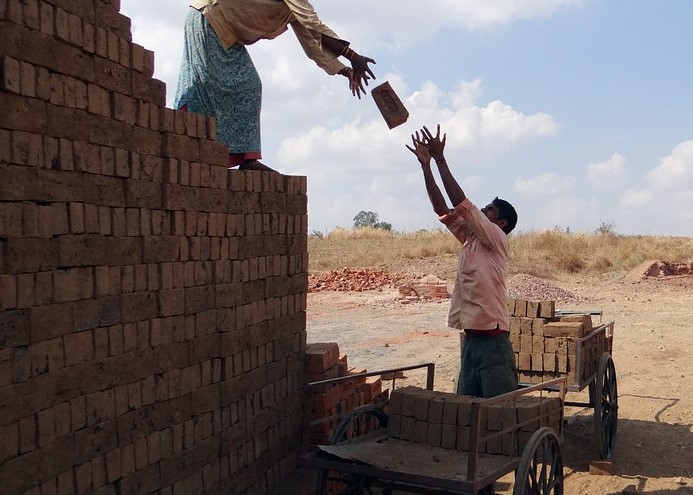 Director of Messina Legal Advice centre, Jacob Matakanye and paralegal Crystal Baloyi were in conversation on Musina FM, (04 March 2016) about human trafficking. Their legal advice centre is located less than 20km from the Beitbridge border post.  Beitbridge is the busiest border crossing post in the region. Earlier this year, Baloyi made contact with three Ethiopians who were trafficked into South Africa, they are in hiding whilst their case is being investigated. Due to the sensitivity and risk involved for the victims they couldn’t be interviewed, but from that premise Matakanye and Baloyi held a discussion on Musina FM about human trafficking. They asked: What is it? How is it done? And how do people find themselves in that position?

What is Human Trafficking?

Human trafficking is when people are taken by force, against their will or lied to in order to be transported to a different city or country to be exploited. It involves controlling a person through force, fraud or coercion in order to exploit the person.

The ACT: Recruitment, transportation, transfer, harbouring or receipt of persons

Matakanye tells the listeners of Musina FM that South Africa is one the major sources for transit and destination countries. People are transported, mostly with their consent but they are lied to about what will happen to them when they reach their destination. When they arrive at their destination they are held against their will and are stopped from returning to their home town or country.

In most cases, victims are trafficked by people they know, and who are in possession of their official documents. Trust is developed between the trafficker and the victim to the extent that they have convinced the victim to let go of important official travel documents.

When asked why victims do not run away, Matakanye says, “victims do not have access to their documents. Sometimes they are also kept in very secure environments where it is difficult to escape from.  Another reason could be that, generally they are transported at night, so it’s hard for the victims to see and find their way around.”

In some cases victims are told that the safety of their families left behind depends on them, so by escaping, they put their family’s safety at risk. He adds that, “chances of being caught when trying to escape are quite high”.

Baloyi says, “I personally think that there is no South African who would be persuaded into working in countries like Zimbabwe because of the living conditions there but it’s likely for a South African to be trafficked to places like Europe or the USA because they seem attractive and offer more opportunities for jobs.”

HOW: Through force, abduction or deception.

Baloyi says most victims are falsely convinced that upon destination there are education and job opportunities awaiting them. She adds, “for example, many citizens of Eastern and Northern African countries view South Africa as a country where jobs are readily available, therefore attractive and appealing to them. When a person promises them a good life in this country, they see it as an opportunity to escape poverty. Women, upon arrival are introduced to either prostitution or domestic related jobs against their will. They are kept in isolated homes where they are stripped of their freedom and abused, physically and sexually, at the extreme they are killed for not cooperating.”

Women and young people are most vulnerable to being trafficked through abduction, abuse of power and coercion. The lure of better job opportunities has also resulted in many men being deceived into thinking that they are leaving for better prospects.

“At the core of it, people are easily persuaded because of poverty, life’s hardships and the constant seeking for a better life. People are vulnerable are very susceptible to believing people who promise them a better life in another county or city.” says Baloyi

WHY? For the purpose of exploitation

Victims are most likely to be sexually exploited through prostitution by being sold to pimps who use a lot of violence and drugs to control them.

Other victims are forced into physical labour for example in mines.

Matakanye says “most young victims are used as drug mules. For example, when young ladies apply for jobs, they are told they will be air hostesses when in actual fact, upon job placement, they are being used to transport drugs.”

Matakanye says “We as people are very ignorant. If you take a look at some ‘spaza shops’ operating in Musina, they are not owned by the actual sellers. They are trafficked from their countries such as Ethiopia to come work here. You might think that all proceeds from the shops are theirs but in actual fact that’s not the case”.

Baloyi raises the issue of people being married without consent, and says that is also a reason why some people are trafficked, to become wives. The opposite occurs when women marry victims of human trafficking as a way of making money. They get paid to marry the victim as a way of keeping them in the country.

There is a lot of money in human trafficking; it is generated from sex work, spaza shops, drug operations and hard labour operations.  There are also syndicates who traffic people in order to remover their organs and sell them for money.