The Power of Putting Inmates on The Radio 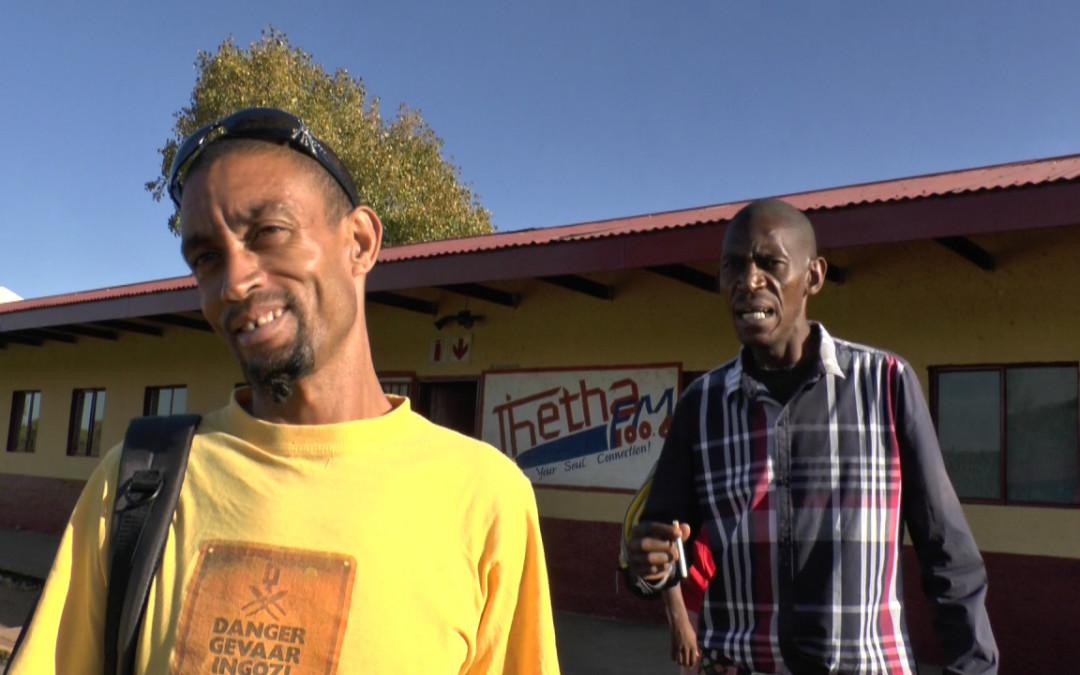 Richard Maphokwane is a thin, muscular man. He has a tight, twisty beard and has an incredible sense of calm. When you speak to him he will drift with ease between sincere pathos (on ways one can turn anger into happiness) to describing a bloody prison self-mutilation with a razor blade.

Maphokwane is a co-host of “Prisoners’ Corner” a show on community radio station Thetha FM that addresses issues relevant to inmates, like satanic violence, parole and torture. The show has been on and off the station since 2009, but is relaunching this month with a new sense of direction and gusto. From Thetha FM the show reaches five correctional facilities: Groenpunt, Vereeniging, Sasolburg, Heilbron and Krugersdorp. The show is broadcast in a mixture of Zulu, Sotho and English. The station is based in Orange Farm, a township roughly 50km outside of Johannesburg and though they are a small station their footprint reaches far into the Vaal and they have listening figures of over 180 000 a week (according to RAMS). 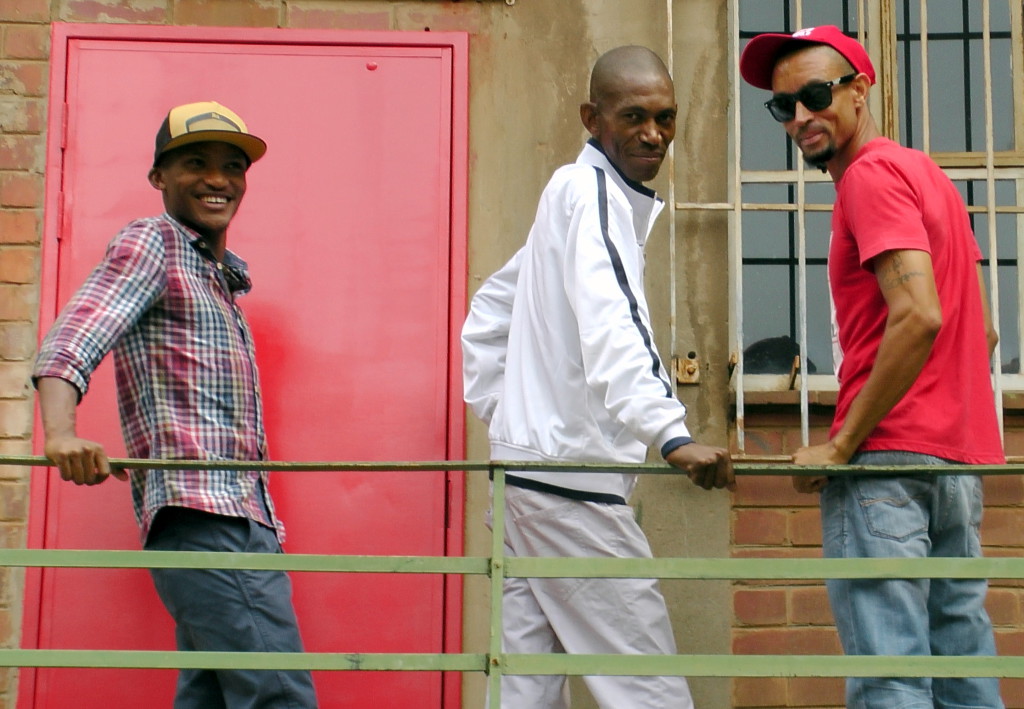 Maphokwane’s co-presenters are Kabelo Keogatile and Vusi Mthombeni. A few weeks back the three male presenters brought the issue of prison rape right to the front of their show. They played recorded, true-life stories of prison rape survivors courtesy of Sonke Gender Justice, JDI – SA, and NICRO and applied their Top Gear brand of bravado and humour to this crucial and devastating topic. Keogatile is a high-pitched Richard Hammond speaking Sotho. Regardless of your feelings toward Top Gear, you’ll concede that Clarkson, Hammond and May have genuine chemistry and that this is absurdly rare in broadcasting. Its synthetic, scripted cousin is everywhere, but a true on-air set of friendships is hugely valuable for attracting listeners to your topic. And though the Top Gear comparison is valid (Mthombeni, Keogatile and Maphokwane whoop, tease, sing and yell into their mics for most of Saturday afternoon), rugger bugger bravado feels like an easier coupling to motoring than prison rape. This, of course, makes what Prisoners’ Corner is producing so incredible.

Listening to an episode by Maphokwane, Keogatile and Mthombeni makes me realize there is no substitute for engaging broadcasters who care about their topic and listeners, but also how infrequently issues for inmates are framed in this manner. On the show there are opportunities for lost family members to connect with inmates and give messages over the radio and for inmates to reciprocate with song requests. “Inmates love the music that was popular when they went inside. That’s where their taste stays until they get out,” says Maphokwane who has served time inside and has a generous and understanding approach to his listeners. The show is about humanizing inmates, giving them advice and connecting them to people on the outside.

This loyalty from inmates translates into true journalistic opportunities when a crisis strikes. “Prisoners’ Corner” became the centre of nationwide news coverage in January in 2013 when inmates at Groenpunt Prison in the northern Free State rioted. The inmates phoned the presenters of the show at Thetha FM to give their demands. “The inmates wouldn’t speak to the warders, but they’d speak to us,” said Keogatile. 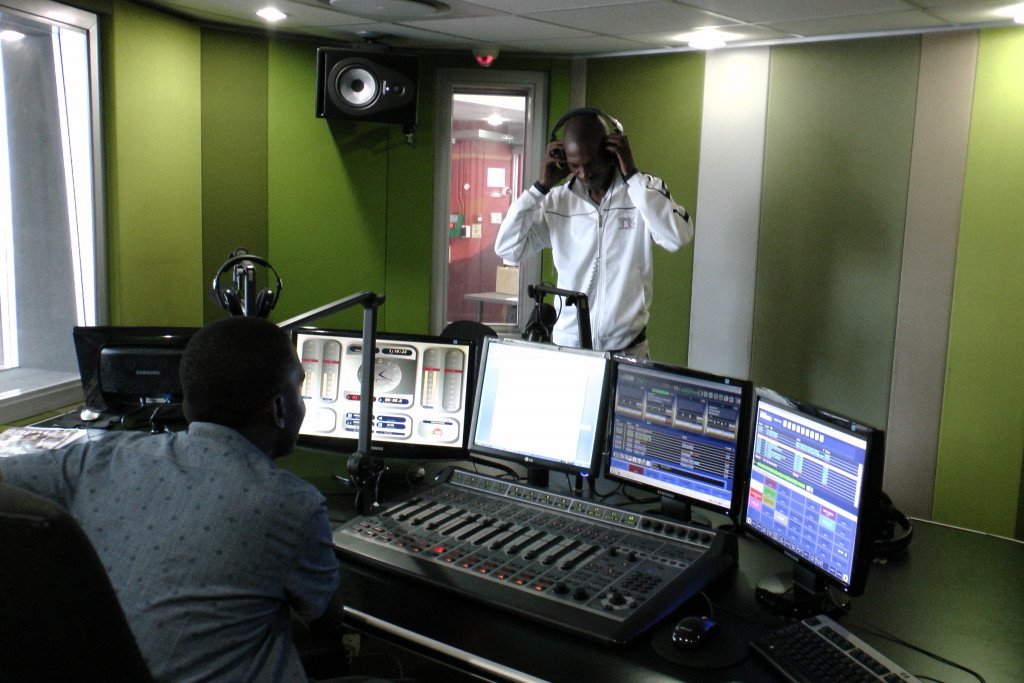 The Citizen Justice Network (CJN) trains paralegals to be radio journalists and helps broadcast their stories about justice issues on community radio and distribute them online. The guys of Prisoners’ Corner have interviewed members of The Department of Correctional Services, Legal Aid, the NPA and The Justice Inspectorate to great acclaim. CJN plans to assist them in arranging more top-draw guests for their programme and help distribute segments of their show online.

CJN is partnered with five community advice offices and five community radio stations across the country. We guide paralegals to produce discussions and stories for broadcast on community radio. Then we identify national patterns of injustice and implement change. Re-integration of ex-inmates is an important part of CJN’s work. On community station The Rock FM in the Free State we are currently running a series about ex-inmates who have transformed their lives. “I grew up in prison,” said Thabo Pule, who has been in and out of correctional centres since he was 16 years old. Through a programme called “Youth Build” he has gone from being a gangster to a trained plumber. Thabo’s story was broadcast as a lively, in-studio discussion by two of our junior journalists Confidence Ntlelele and Bonny Nyelele from the Hennenman Victim Empowerment Forum.

Through our work at CJN we have discovered how prevalent misconceptions about our prisons can be, like how they are thought to be better than hotels. We also know how intolerant sections of South Africa can be toward inmates, believing they deserve the torture and destitution they can potentially suffer inside. But, we have also seen how personal and connected large sections of our population are to inmates. This is why we want to see inmates across South Africa be given a voice on radio in the direct, entertaining spirit of Prisoners’ Corner. The guys want to take the show across the country, into prisons over their PA systems, on to other community stations and to be available online. They want every prison in the country to have access to the show in some form. We believe the more that South Africans hear the voices, song requests and issues around inmates the higher their acceptance will be for these people when they are released.