What can the police do to you at a roadblock? 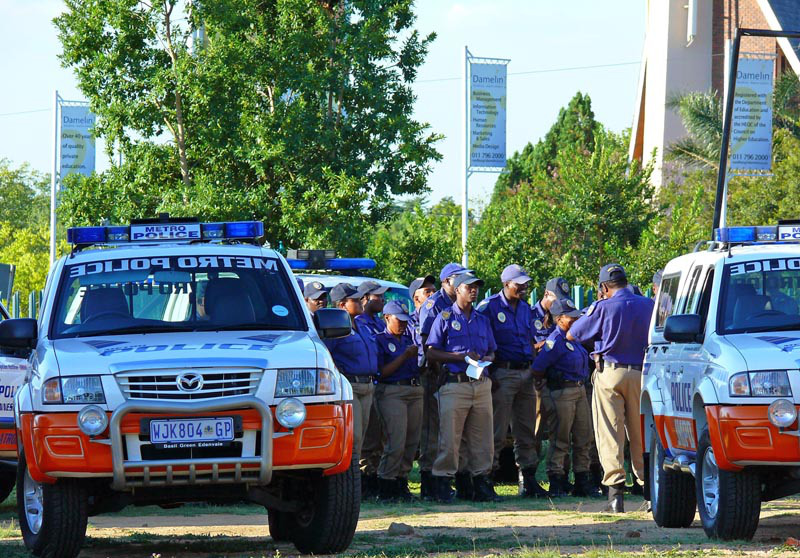 Listen to “Know Your Rights” on Thetha FM (100.6) where we help you understand the role of the JMPD at a roadblock. Also you’ll hear Wayne Minnaar from the JMPD give some answers on what the organization can and can’t do for our city.
Originally broadcast on community radio station Thetha FM (100.6) from Orange Farm. Thetha FM produces radio in English, Zulu and Sotho and is a partner of The Citizen Justice Network.

This post and audio is part of the “Know Your Rights” series produced by CJN that enables listeners to easily understand parts of the justice system. The aim is to create content that makes the law and the justice system accessible to South African citizens in order to empower them to know their rights and responsibilities.

Click on the audio for a more in-depth discussion:

Q: What can the cop ask you to do?
You must co-operate with what he tells you if they’re reasonable, but not if you think your constitutional rights are brought into question.
You must say you are the driver of the vehicle and show your driving licence.

Q: How should you act to the cop?
You must at all times treat any officer with respect and the dignity attached to his rank and office.

Q: How do you know he is a real cop and not a fake cop trying to get money out of you?
If you are stopped you can ask for the person’s police certificate of appointment which includes his picture, name, rank, force number and where stationed
(according to Section 334 (2) (a) of the Criminal Procedure Act 51 of 1977)
If he doesn’t give you these details, you can ask to see the roadblock commander or most senior officer on the scene. If you have any doubt about the roadblock, you can ask to be taken to the closest police station.

Q: Can you ask the cop what the road block is for?
Yes. But the cop doesn’t have to tell you if the reason is classified.
Q: What’s the difference between a SAPS cop and a JMPD cop?
Under South African Law uniformed South African Police Service members (SAPS) have the same powers as uniformed traffic officers (JMPD) or other Metropolitan police forces. So you have to treat them both in the same way.

Q: Can the cops ask you have unpaid traffic fines at a roadblock?
Yes. And they can arrest you for this. If the police ask you to pay outstanding fines and you do not have the money available, you might be detained until the fines are paid, if a warrant was issued.

Q: And how do you know if you are really being arrested or if the cops are tricking you?
The cops need to show you a warrant of arrest or a valid copy.
If the police cannot show you this then you can refuse to be arrested. If the police force you then you can call your lawyer. Then you should contact your lawyer.
We suggest that you keep the receipts of paid fines in your car, so that you can immediately produce proof should you get this problem at a roadblock.

Q: What will happen to you if you try to bribe a cop at a roadblock?
If a cop tries to ask for a bribe you should not take him up on this. The consequences of bribing a police officer, or attempting to do so, far outweigh those of the fine itself.
This is called attempting to “defeat the ends of justice”.