Looking back at Highway Africa 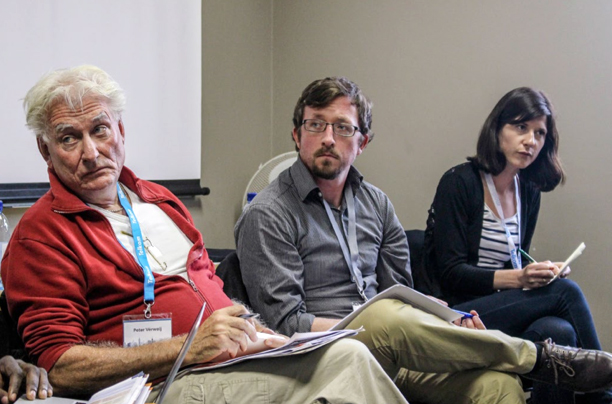 Paul McNally writes about his experiences at one of the biggest gatherings of African media professionals.

The sparkly, Google-sponsored, finger food dinner on the last day of the Highway Africa conference ended with hugs and the last of the business cards being handed out.

I drove with a car load of delegates, speakers and local reporters looking for late night drink into Grahamstown’s nearby township, Fingo Village. Six of us alighted from a Corolla outside a tavern that was friendly and mostly filled with a pool table.

We got beers and pork chops that were far tastier than what Google served up. A regular to the tavern who has migrated from Zimbabwe told me that his business is finding broken kettles and using the heating elements to build small geysers for people living in shacks.

I asked him how long a geyser he builds takes to heat up. He says fifteen minutes. I’m was about to ask him another geyser-related question, but I stopped: the conference was over. I didn’t need to interrogate this man on his business plan.

I’d spent the day judging innovations for Making All Voices Count where the winners got the chance to motivate for grant money of £40 000. We heard truly outstanding pitches for ideas on how to use technology to give marginalised people a voice, from abused women to kids bullied at schools. In the tavern I was still in judge mode.